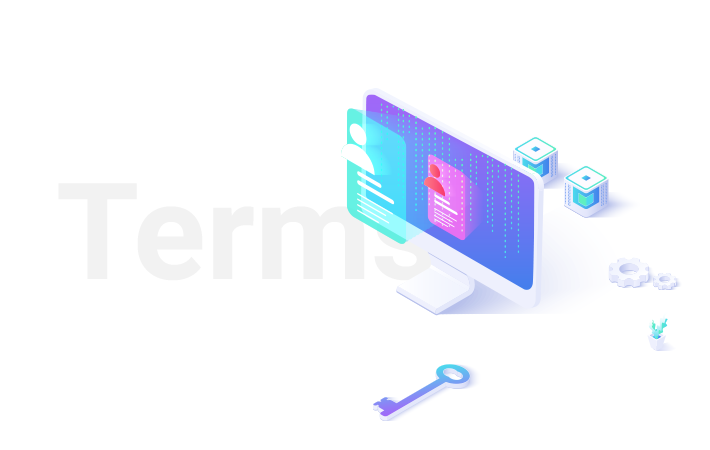 What should I know about blockchain?

Blockchain is a unique technology where information is stored electronically in blocks. Each block in a blockchain has a fixed capacity for data storage. And when a block reaches its maximum capacity for data storage, it is closed and linked to the previously filled block. This ultimately forms a sort of a data chain. And this data chain is where the name ‘blockchain’ is also derived from.

And since the data in a blockchain is duplicated and distributed across the entire network in the blockchain, it is a decentralized manner of storing data. Also, storing data using blockchain technology also tends to be more secure since it is very easy to identify blocks that have been tampered with.

What are the basics of blockchain?

Now that you know what a blockchain is, let’s take a quick look at its basics before moving onto the blockchain terms.

Now, a more traditional database stores data in the form of tables. But blockchain, however, structures the data into blocks that are chained together. In addition to this, all of the blocks in a blockchain are time-stamped to enable easy identification of when the block was added to the chain. And once a block is filled and added to the chain, it cannot be edited whatsoever. It is permanent and can be viewed by anyone. This is the basic structure and working of a blockchain.

That’s not all. Since blockchain is designed to be decentralized, there’s no single entity or entities exercising control over the data or the blocks. Instead, all of the users of the blockchain collectively hold control.

Hope you’re now aware about the basic working of a blockchain. It’s time to get to the main part of the chapter now. Here’s a glimpse of a dictionary of blockchain consisting of a few of the most important terms that you must absolutely know.

Nodes are basically individual computers that are a part of the blockchain. It is for this reason that nodes are also referred to as blockchain nodes. These nodes are connected to one another via the blockchain network and take part in creating new blocks and filling them with data. And when a block is created, filled, and added to the blockchain, a copy of it is also distributed to all of the nodes in the blockchain.

Mining is the process through which a new block is created and filled with data. Once a block is mined, it is permanent and cannot be reversed, changed, or manipulated in any way. The process of mining is usually carried out by nodes that form a part of a blockchain network.

Every block that’s mined by a node should mandatorily be validated by the blockchain network before being added to the chain. To validate the block, miners are required to find a digital fingerprint or a unique password that accurately identifies the block. This password or digital fingerprint is what is known as the hash.

Bitcoin is a virtual currency that utilizes blockchain technology. Instead of storing plain data in the blocks in a blockchain, Bitcoin stores data of financial transactions. Nodes that mine a Bitcoin blockchain network create new bitcoins and are also rewarded with them. To mine new Bitcoins, miners have to solve complex mathematical problems and puzzles.

A cryptocurrency like Bitcoin doesn’t always have to be purchased in whole units. They can also be bought in fractional units. A token is the smallest unit of a cryptocurrency beyond which it cannot be divided. For instance, 100 million tokens make up 1 Bitcoin.

So, that sums up this chapter on ‘terms to know about blockchain.’ If you wish to know the meaning of a few more blockchain terms, make sure to head to the blockchain glossary that’s part of this module.