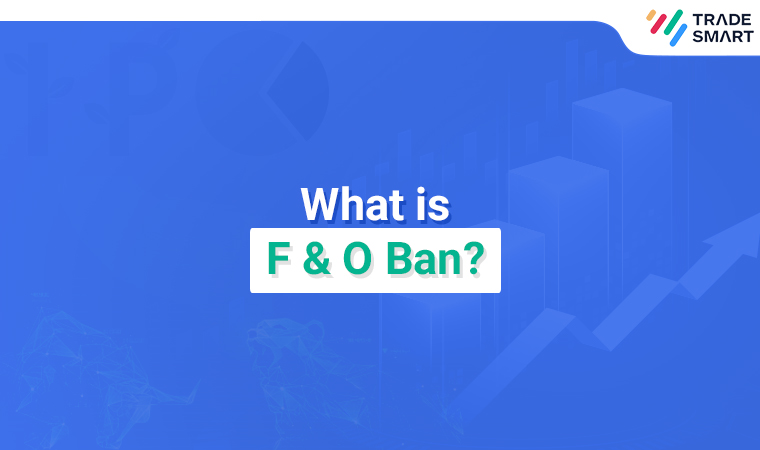 If you’re someone who wants to enter into future and option trade then you should know that at certain times the stock exchange imposes a ban on certain stocks. When the ban takes place, traders cannot enter into new contracts with those particular stocks, however, if you already have before the ban, then you can reduce your position by squaring off positions. This is done to prevent excessive speculation and to keep this under control, the stock exchange imposes a ban when the aggregate open interest of the stock crosses 95% of the MWPL.

The stocks traded in the futures and options space have a limit set by the exchange known as the Market Wide Position Limit (MWPL).  If the open interest of any of the stocks crosses 95% of the MWPL, then, all the F&O contracts of that stock could be put under a period of ban.

Now, to understand this further, let us understand what we mean by Open Interest and Market Wide Position Limit.

Open interest refers to the total quantum of outstanding derivative contracts, such as options or futures that are not yet been settled. We know that every contract has two parties, a buyer and a seller.

Open interest equals the total number of bought or sold contracts, not the total of both added together. So, what do we mean by this? Let us take an example to understand our position.

On Monday, Vijay decides to buy ten contracts of Reliance Futures. He goes to the exchange and sees that he has a potential buyer in Meera. The Open Interest as on Monday is 10 contracts outstanding.

Now, on Tuesday, say Meera wants to get rid of 5 of her contracts and she finds Ahmed, a willing counterparty to execute her transaction. Since Meera has an outstanding sell position, she would give a counter buy while Ahmed would be entering into a buy position. This transaction doesn’t create any new contract. It just transfers five of Meera’s contracts to Ahmed. Hence, the Open Interest remains at 10 contracts.

On Wednesday, Arjun wants to buy 5 more contracts as he is bullish on Reliance Shares. He finds Jordan, a new person as the willing counterparty. Now since this transaction creates five new contracts, the Open interest increases to 15.

On Thursday, Meera decides to close out her position and finds that Arjun is a willing counterparty for 2 of her contracts. For the remaining three, she finds Natalie, a willing counterparty. Here, Arjun and Meera close off two of their contracts each bringing down the Open interest by two. The trade with Natalie is a mere exchange of parties and hence does nothing to the Open Interest. Hence the current Open Interest is 15-2= 13 contracts.

A summary of this looks as below:

With this, we have understood fairly what Open Interest stands for. Now, let us try to wrap our head around Market wide Position Limit.

The Market Wide Position Limit is calculated by the Exchange for all stocks trading in the F&O segment.

At the end of every day, the Exchange evaluates the aggregate open interest across all exchanges in the futures and options on individual shares, comparing it with the market wide position limit for that share and tests whether the aggregate open interest for any scrip exceeds 95% of the market wide position limit set for that particular share. If the answer is affirmative, no fresh positions are allowed for any of the futures and options contracts in that stock. You will only be allowed to square off the existing positions during this period.

Normal trading is allowed to be resumed only after the aggregate open interest across Exchanges comes down to 80% or below of the market wide position limit.

If a trader violates the F&O ban by increasing or creating a new position in the stock, then that trader will be penalised by paying 1% of the value of the increased position. This is subject to a minimum limit of Rs. 5,000 and a maximum limit of Rs. 1L. To ensure that traders do not end up trading or are unaware of the ban, TradeSmart sets up an alert on those particular stocks that are current on the F&O ban list.

It is the job of the exchanges to keep a check on the speculation and activities around this from getting out of control since it can affect the stability of the market.

NSE publishes the MWPL of every scrip trading on the F&O segment in its website which can be accessed below.

If you follow the news, you would see many stocks being placed under the ban on different days. This is a measure undertaken by the exchange to prevent excessive speculation and volatility on a share.

This is a list issued by the stock exchanges to prevent excessive speculation of particular stocks. It is checked specifically when the aggregate open interest of stocks crosses 95% of the market wide position limit (MWPL).

Under the ban, you are not allowed to trade with those particular stocks till such time the ban is lifted. If you create a new position or increase the position and are caught then the trader is liable to pay 1% of the increased amount. This can result in making huge losses and also the selling price will be really low.

3. What happens when stocks are listed in the F & O ban list?

The stock exchange freezes the trading of such stocks in the ban list. During this time no trader is allowed to make new positions but you can offset the stocks from their holdings.

In the F&O market, the trading takes place based on speculation and if the speculation crosses a particular threshold then the stock exchange puts a ban to keep things under control.