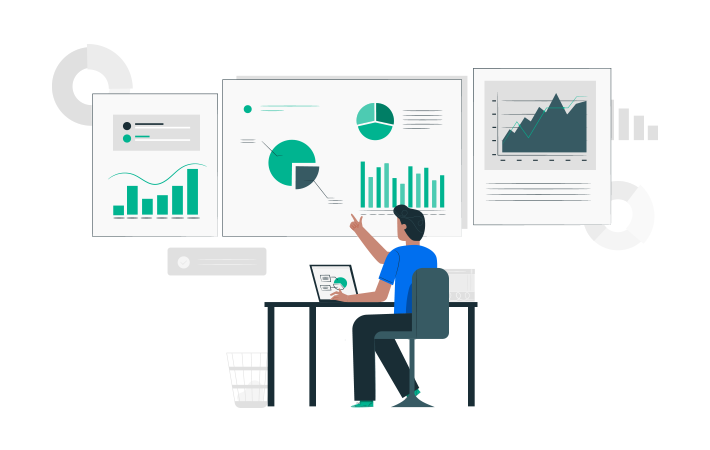 If you have a school going child at home, then you must be getting school report card at the end of the academic year or semester tracking her or his academic progress for the period. The report card is the main source through which the school administration communicates to you about the performance of your child in studies. Grades or marks given in the report tells the whole story about your child’s performance during the year. Annual reports too do the same job for companies by talking about their performance to the shareholders during the year. In case of annual reports, grades or marks are replaced by financial statements.

Since its preparation and filing is mandatory under the Companies Act, even a closely held private company (where shareholders and directors are usually one and the same) is also legally bound to submit an annual report every year. Further, since it’s a statutory obligation, an annual report has to be prepared even when there are no operations or transactions (for whatever reason) in a year for the company.

Contents of an annual report

Under Companies Act, an annual report should contain:

Contents as per listing requirements under SEBI rule

A Directors’ Report is an important part of the annual report as it gives overview of its operations during the year, steps taken to mitigate the challenges and future prospects of the company. Some of the information contained in the Directors’ Report may also help while analysing the financial statements. In the financial statements which is also a part of the annual report you will come to know about the variations in various items of cost and income as they provide data for the current year as well as previous year. However, Directors’ Report, as in the above case, can help you to find out the reasons for any variation in the various items of cost and income. Also, some reports give the steps taken by the management to overcome the challenge of cost increase as in the above case.

The MD&A provides information on a company’s performance during the current year vis-à-vis its previous year and also a commentary on future performance. Most importantly, it also contains long term goal of the company and how it is planning to achieve the same. Given above is the extract of MD&A of a major steel manufacturer. In the extract you can see the long-term goal of the company and also how the company aims to achieve its goals. MD&A also comments on opportunities and challenges in the business environment and various plans of the company to maintain/achieve leadership position.

In fact, MD&A usually presents picture in a broader perspective and also on a longer time horizon. Through this you can also come to know the vision and mission of the company.

It doesn’t mean that the annual report that complies with all rules and regulations is a perfect report because a collusion between auditors and directors (as had happened in the case of Satyam Computers) may defy the very logic of the report itself. Therefore, the role of Audit Committee and independent directors is also important in ensuring the integrity of the report.

Another drawback of the report is that it mostly gives historical information and may not be of much significance in deciding the future prospects of the company. However, closer scrutiny of management discussion analysis and requirement of throwing light on material events happened between the date of balance sheet and its signing provides some cushion to the analysts and investors.

There is also criticism that the annual reports give too much significance to financial data while ignoring environmental and human abuse issues which is true to an extent. However, rising level of investor activism may help to throw light on such issues and act as deterrent for the companies from misreporting.

What does an annual report contain?

How frequently an annual report is published?

As the name itself suggests, an annual report is published every year. According to Companies Act, annual report has to be published within six months from the date of end of financial year. Thus, if the financial year of a company starts on, say 1st April 2021 and ends on 31st March 2022, it has to publish its annual report before 30th September 2022.

What’s the significance of management discussion analysis (MDA) in an annual report?

MDA usually gives company management’s perspective about the economy, sector (in which the company operates) and about the company. The discussion also throws some light on how the year ahead looks like in general terms. It also contains SWOT (Strengths, Weaknesses, Opportunities and Threats) analysis of the company.