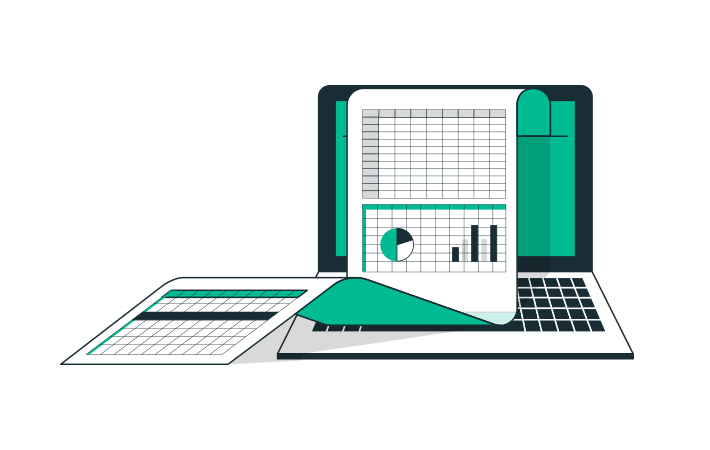 Every listed company’s primary objective is to earn profits and reward its shareholders handsomely. It’s the profit and loss account that tells you whether the company has earned profit or incurred loss during the year.

Profit and Loss (P&L) account, part of the financial statements, throws light on the operational performance of the company during a given period of time, usually a year. It reflects the outcome of business activities during an accounting period. It tells whether the operations of the company are carried out profitably or not. It not only tells profit (or loss) of the company in absolute terms but also gives picture of the profitability of the company. It reveals money spent or cost incurred by the organization to generate revenue. P&L account has to be prepared before the preparation of Balance sheet and Cash Flow statements.

P&L account is part of the annual report and therefore, periodical preparation of the same is statutory obligation. Often companies also prepare P&L account for purposes like internal management review, performance review, cost analysis, etc. Since the present style of presenting profit and loss account is in a statement format (and not in conventional horizontal format) it’s now often referred to as statement of profit and loss.

Since the P&L account gives you information about the current year as well as previous year, it also helps us to know whether the performance is improving, stagnating or deteriorating.

You can prepare P&L account by using cash method or accrual method. Under cash method only actual payment of expenses and receipt of income are considered to find profit or loss. This method is usually used by small concerns, individuals and non-profit organisations.

The accrual accounting method records revenue as it is earned and expenses as they are incurred. In other words, income/revenue earned, i.e., received and receivable and expenses incurred, i.e., paid and payable are considered for arriving at profit or loss.

Profit and Loss Account of ABC Ltd for the year ending—–

From the format it’s clear that basic aim of preparing profit and loss account is not just ascertaining profit or loss of the business but also enabling comparison of various items (of income and expenditure) over a period of time. Recurrence of expenditure and continuity of income are the guiding forces in deciding the classification.

Taking data from the example given in the introduction chapter, our profit and loss account for the year ending 31st March 2021 will appear as follows:

It should be noted that grouping of expenses and income varies from company to company depending upon their nature of business. Also, presentation of financial accounts under companies Act and requirements under listing agreements may vary though it won’t be having any impact on the final profit/loss of the company.

On the other hand, indirect expenses are not directly related and attributed to the core business operations of the company. Though they cannot be directly attributed to manufacturing activities such expenses have to be incurred to generate revenue for the company. So, a salesman’s salary may not directly contribute to production but his services are essential to generate revenue for the company. Similarly, office expenses (unlike factory expenses) may not directly contribute to production but dealing with government authorities, prospective clients and maintaining records are necessary to ensure the continuation of business. So, such expenses are classified as indirect expenses. Office salaries, office rent, conveyance expenses, printing and stationery and telephone expenses are some of the examples of indirect expenses.

In the above example, cost of material consumed is the direct expense. In this example, power and fuel expenses are not given separately and are clubbed with other expenses.

Gross profit is that portion of the revenue which is left after deducting the cost of goods. It’s often called margin which is an indicator of efficiency or otherwise of operations. If the margin is moving up consistently it indicates that the company’s activities are carried on efficiently and its products are well accepted in the market. On the other hand, declining margins indicate poor operational performance and increased competition in the market. In the above example, revenue from operations less cost of materials consumed, i.e., Rs 228-Rs 153 is the gross profit. This ratio is often referred to by the tax authorities to find out authenticity of stocks disclosed.

Net profit or the profit after tax or popularly known as PAT, is the profit earned by the company after deducting all the expenses. It’s the bottomline of the company, i.e., remaining at the end after meeting all the obligations of the company. It’s an important figure as it determines the dividend disbursement of the company and also how much it can add to its reserves to meet any future eventualities or expansion programmes. Consistent growth in PAT year after year which is much above the inflation rate, will make the stock attractive and investors’ favourite.

EBIDTA (Earnings Before Interest, Depreciation and Tax) is an important and the most popular tool used by the analysts to study the company and its performance. EBITDA is a measure of a company’s profitability and its direction (declining or increasing). Efficiency of the company is judged by comparing the EBIDTA margin of the company of the current period with that of the previous period and also that of other companies in the same industry.

EBIDTA is calculated by adding interest, depreciation and tax to the PAT and deducting other income. It can also be calculated by deducting cost of goods sold and operating expenses from the company’s revenue.

How to read P&L statement? It’s useless to read P&L statement in isolation. You should always read it along with other details given in annual report like directors’ report, management discussion & analysis and notes where you may find explanations/reasons for variations in the figures. In the above image, P&L account of a leading vehicle manufacturer is given along with relevant explanations for the variations in the figures of current year vis-à-vis previous year. If you had seen only P&L account then you would not have come to know the reasons for fall in the revenue and increase in the cost of manufacturing during the year. So, it’s always advisable to read P&L account along with other documents.

P&L account is an important and indispensable part of the financial statements as it helps us to calculate several metrics, including the gross profit margin, the operating profit margin and the net profit margin which are good indicators of a company’s performance and acceptance of its products/services in the market. The company’s performance is usually ascertained by comparing these ratios with those in the past as well as with other companies in the same industry.

Apart from statutory and regulatory requirements, a P&L account serves the purpose of ascertaining the efficiency or otherwise of the operational performance of the company during a given period.

Since P&L account is part of an annual report it has to be prepared every year. Further, listed companies have to announce their quarterly results for which they have to prepare their P&L account every quarter. In addition to this, companies may prepare P&L account frequently (even monthly or fortnightly) to keep strict vigilance on their operational performance.