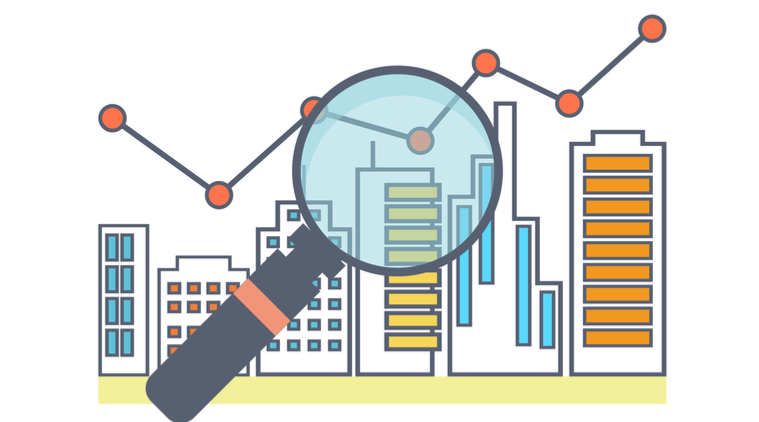 Real estate is speeding & reaching new heights,Get to know more about it which will help online traders!

Indian real estate segment is booming with investors from across the world investing in the country. This marks the third-highest growth in investment volume of more than 140% at $5 billion in 2014 compared to 2.1 billion in 2013.

Indian real estate stood in sharp contrast to the global scenario, where the real estate investment dropped in 2014 for the first time in the five years, declining 6.3% to $1.21 trillion. Experts believe a pull back by the Chinese buyers from the land purchasing is the primary reason for the decline, however, the global investment is expected to grow in the year 2015.

Year 2014, also, marked the highest investment levels for the country, in the last five years, reserving a berth for India among the top 20 highest priority investment markets in the year, according to real estate consultancy Cushman & Wakefield. Top spot is occupied by Serbia with gigantic 610% rise in the real estate investment in 2014, followed by Bulgaria with a 186% growth rate.

Residential sector attracted the maximum investment of $2.6 billion in 2014, whereas commercial sector was close second at around $2 billion. Domestic investors contributed around $3.12 billion to the total investment, a growth of 62% while foreign investors accounted for $1.93 billion, an increase of 38%. There was a clear spike in the corporate investment of over 280% at $2.55 billion in 2014 against $900 million in 2013.

Massive inflow of investment in the sector hints that the investors are already buying the possibility of simplified business norms in India supported by the regulatory reforms to be implemented by the Prime Minister Narendra Modi led government.

DLF was trading around Rs.140 price point on March 11, however, after the news of the growth in the investment level, the stock has been in an uptrend, and is currently trading over Rs.164.  Also, in a recent report, a brokerage firm stated that the stocks with growing and quality annuity vertical should be preferred, and DLF is one of them. During its third quarterly earnings announcement, the company said that it expects sales volume of residential products to turn normal in the next 12-18 months.

Oberoi Realty stand to benefit from the rising real estate investment as its operations are majorly based in Mumbai. The reason being, the metro cities are always a preferred destinations for the foreign investors.

Sobha Developers will eventually benefit from its entry in the middle-income housing segment. In Bangalore, the debut of the company has been rock solid, and the rate cuts will allow the developers to construct affordable houses along with improving its balance sheet.

LIC Housing Finance is yet another stock that is expected to benefit immensely from the overall scenario in the real estate sector. Apart from the rising investment level, mortgage rate cuts and expected rise in the demand for middle-income housing segment could boost the company’s core mortgage business.

Apart from the players directly involved in the sector, investors could also go for the related companies such as those dealing in the construction materials, fixtures, water solutions etc. One such stock is Sintex, which exhibits strong growth potential owing to an improvement in custom moldings and prefab business.

Will the momentum continue?

Real estate segment remained immobile for many years until few years back. The industry is reviving from its stagnant stage on the back of factors such as enhanced supply-demand dynamics, return of the private brokerage firms and progress in the I-REIT framework.

However, for the momentum to continue, few roadblocks still need to be cleared. To sustain the interest of the domestic and the foreign investors, policy reforms are a must. Though the government is making efforts on the same lines, and recently relaxed the FDI norms for the construction development sector, but still more efforts are needed.