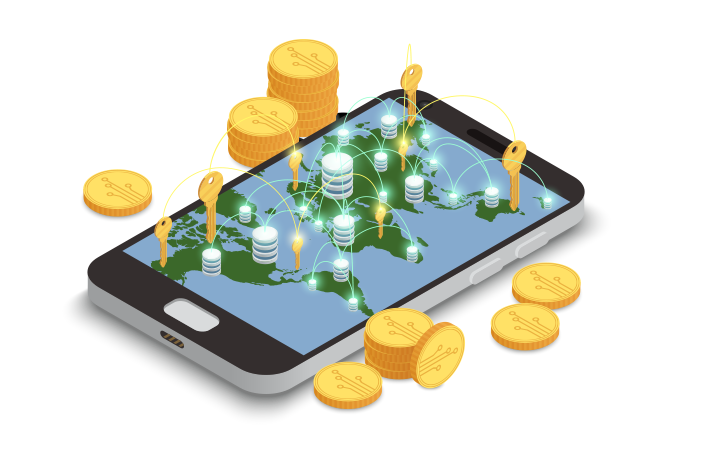 Is there an entity that handles the governance of cryptocurrencies? Or are they self-regulated and self-sustaining? That’s just what we are going to be taking a look at today.

Governance of cryptocurrencies: Who is responsible?

Cryptocurrencies are traded in a decentralized manner. This means that the exchanges that you can buy and sell crypto on – they are decentralized. So, the transactions occur on a peer-to-peer basis, with no interference from any third parties.

This means that there is no entity that oversees the transactions occurring using cryptocurrencies. And that is because blockchain technology, which is used in the generation and trading of cryptocurrencies, is also decentralized. So, the control and decision-making does not rest with any centralized authority. Instead, it is transferred to a distributed network of participants.

This may be worrying for beginners, but blockchain, as you’ve seen, is immutable. So, despite the lack of a single entity for the governance of cryptocurrency, the system has been sustaining itself quite smoothly, thanks to immutable cryptographic hash functions.

Who governs cryptocurrencies around the world?

So, who governs cryptocurrencies? As we’ve seen above, there is no governing authority per se. However, each country has its own plan of action to regulate and oversee the development and usage of cryptocurrencies by their citizens.

The rules pertaining to the regulation, usage and governance of cryptocurrency varies from one country to another. A few countries have embraced the new digital asset, while more are either on the wall or are entirely hostile about crypto. Here’s a closer look at crypto rules in different countries around the world.

There is, as of December 2021, no governing authority for cryptocurrencies in India. They are not recognized as legal tender though, and the country’s Central Board of Direct Taxation taxes profits made from trading crypto. Recently, India is also planning to introduce a law that may make it illegal to issue, hold, mine, or trade cryptocurrencies other than the ones backed by the government.

The number of investors in crypto and the blockchain from the USA is by far among the highest in the world. Despite this, there is no clear governing authority or regulatory guidelines for crypto in America. There is also quite a bit of ambiguity in the way the leading regulators of the country view crypto – The Securities and Exchange Commission (SEC) consider it as a security, the Commodity Futures Trading Commission (CFTC) consider Bitcoin a commodity, and the US Treasury considers it a currency.

China – which, like the USA is among the largest cryptocurrency markets – has mostly been hostile towards crypto. In 2017, China introduced regulations banning initial coin offerings. More recently, in 2021, China’s central bank announced that all cryptocurrency transactions were considered illegal. This effectively banned all digital tokens in the country.

Canada is also not as hostile towards cryptocurrency as many other countries are. In fact, it was the first country to approve of a Bitcoin exchange-traded fund (ETF) in early 2021. Furthermore, crypto trading platforms in the country need to register with the regulators in the province.

This should give you a fair idea of who governs cryptocurrencies, and of how different countries react to the digital asset. However, since this is an ever-changing area, the regulations in many countries are likely to change or evolve with time. So, it is always a good idea to keep an eye out for any new laws or regulations that your country’s central bank may come up with.