What Are the Different Types of Cryptocurrency? 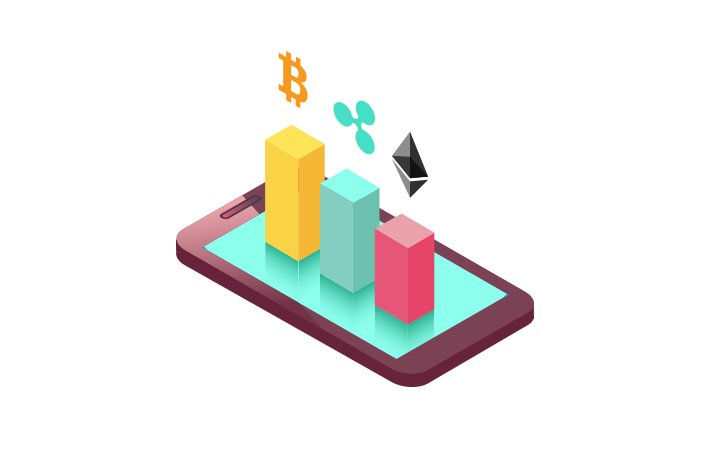 A cryptocurrency is a virtual or digital currency that is created using blockchain technology and secured using cryptography. Hence the name – ‘crypto’ currency. This kind of currency is decentralized, meaning that there is no central authority that regulates the creation or circulation of cryptocurrencies.

Technically, you should be able to use cryptocurrency to buy and sell regular goods and services. However, most countries in the world do not recognize cryptocurrencies as legal tender.

What are the different types of cryptocurrency?

The question ‘how many cryptocurrencies are there in 2021?’ has been running through your mind, the answer to it will most surely surprise you. As of November 2021, there are more than 10,000 cryptocurrencies in existence. Yes, you read that right. That said, not all crypto are being actively traded on exchanges though. Many see very little to no trading volume at all, while others are loved by traders and investors alike.

As you might know already, Bitcoin is the world’s first ever cryptocurrency. It was introduced in the year 2008, by a person or a group of individuals going under the name ‘Satoshi Nakamoto’. The currency uses blockchain technology and new coins are created using a process called mining. Bitcoin is currently the largest cryptocurrency among all the total cryptos in terms of value and market capitalization.

Launched in 2011, Litecoin was touted as an alternative to the hugely successful Bitcoin. It was even referred to by many as ‘silver to Bitcoin’s gold’. Charlie Lee, a former Google engineer and an MIT graduate was the brain behind the cryptocurrency. Unlike Bitcoin, Litecoin is much faster when it comes to transaction confirmation.

After Bitcoin, Ethereum is the largest cryptocurrency among all the total cryptos in the market. Launched in 2015, Ethereum also uses the PoW model. In 2022, the cryptocurrency may switch to use an improved consensus algorithm known as Proof of Stake (PoS) instead of the more traditional Proof of Work (PoW) algorithm that Bitcoin uses. This will allow Ethereum to consume far less energy and still maintain high transaction speeds.

Another cryptocurrency that operates on the Proof of Stake (PoS) algorithm, similar to Ethereum, is Cardano. Invented by a group of mathematicians, engineers, and experts of cryptography, Cardano was the result of intensive research and experimentation. Thanks to the improved technology that it runs on, investors and traders have begun referring to it as the ‘Ethereum Killer’.

Binance is a well-known cryptocurrency exchange that facilitates easy trade of all cryptocurrencies. In the year 2017, the exchange decided to launch its own coin, termed as the Binance Coin via an Initial Coin Offering (ICO). Since then, the popularity of the cryptocurrency has skyrocketed and is currently the third-largest among all cryptos in terms of market capitalization.

As you might already know, cryptocurrencies tend to be very volatile in nature. This is in part due to having no asset backing the currencies. In 2014, Tether, a unique cryptocurrency was launched. Tether is a part of a sub-type of cryptos called stablecoins. Stablecoins link their market value to a currency or a similar asset to reduce volatility and ensure concrete value. Tether is linked to the U.S. Dollar and as such enjoys less volatility and more stability than most cryptocurrencies.

Invented by Billy Markus and Jackson Palmer, two U.S.-based software engineers, Dogecoin was introduced as a joke. The cryptocurrency was aimed to ridicule the wild speculation and extreme levels of volatility around other cryptocurrencies. The price of Dogecoin skyrocketed and gained popularity after reports of Elon Musk’s involvement in the currency.

These 8 cryptocurrencies that we saw above are merely the cream of the crop. There are a whole lot of other cryptos in circulation as well. To get a better idea, visit any cryptocurrency exchange to see a more elaborate list of all cryptocurrencies.