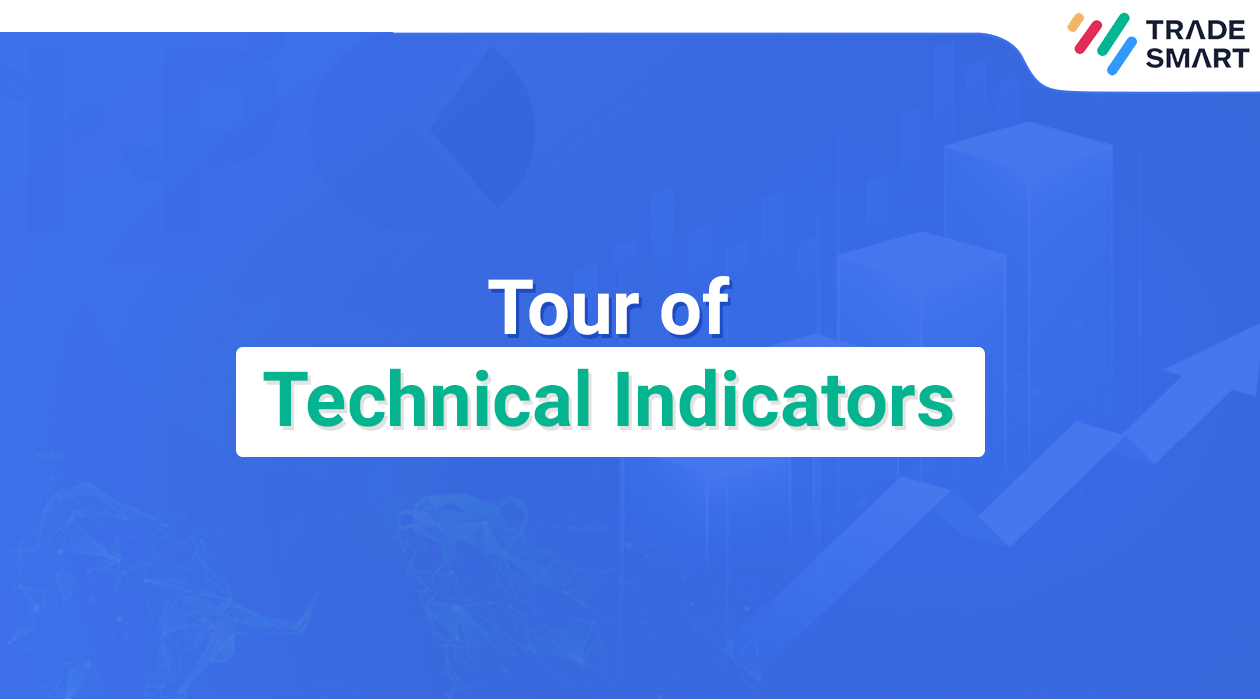 If you are a long-term investor, technical indicators do not have much of a bearing on your investment decisions.

But if you are interested in the day-to-day movements in indices and stocks then technical analysis and the underlying technical indicators are something that one should have a fair understanding of.

What are technical indicators?

Technical indicators are mathematical calculations that are applied to past patterns like volume, price, and other indicators of a stock.

They solely rely on past data mentioned above and do not factor in any fundamental indicators like revenue, profits, and earnings.

They are mostly used for short-term trading and investment decisions.

These indicators are lines plotted on a stock price chart and point toward certain trends and signals in the market.

These indicators essentially give signals when the trend is about to start. They use shorter periods for their calculation and try to lead the price movement.

Some of the leading indicators are

These indicators follow the price action and give a signal after the trend or reversal has started.

Some of the lagging indicators are

Let’s start with some leading indicators

RSI is a momentum indicator and is used to identify volatile market conditions and price movements.

A major part of the formula is the ratio between the average gain and loss over the preceding 14 trading periods.

RSI is bound between a range of 0 – 100. If a stock is above the 70 levels it is considered overbought and oversold when it is at or near 30.

If a stock is in the overbought zone, it is a suggestion that short-term gains may have reached a point of maturity and that a correction in price is ahead.

On the other hand, an overbought signal is an indication that in the short-term declining prices have reached maturity and that an uptrend could begin.

It is an indicator that compares a specific closing price to a range of its price over a period of time. Stochastic tracks how far the current price is from the lowest low for the last X number of periods defined.

Like the RSI it uses a scale of 0 to 100. A reading above 80 indicates an overbought market and a reading below 20 represents an oversold market.

A buy signal is given when the oscillator crosses back above the 20 mark.

One of the shortcomings of this indicator is that it has a tendency of generating false signals during volatile and turbulent trading conditions. It is advisable to confirm trading signals with other technical indicators.

Here are some Lagging indicators

Moving average is an indicator used to identify current trends and reversals and also to set support and resistance levels.

The mathematical formula finds trends by averaging data. It basically smoothens out the price movement to remove any random fluctuations.

This smoothing effect creates a single trend line which helps give a clearer indication of what direction the average is moving – up, down, or sideways.

The SMA is calculated by taking the average closing price of a stock over the desired period. The total is then divided by the number of periods.

The EMA places a higher weightage on the most recent data points as compared to the SMA which gives equal significance to all data points.

MACD helps to identify the changes in the momentum of a share price by comparing two moving averages.

It indicates support and resistance levels and helps traders identify buying and selling opportunities around these levels.

When two averages come together, they are said to converge and diverge when they are moving away from each other.

Convergence means that momentum is decreasing while if the moving averages are diverging momentum is increasing.

There are three components to the MACD indicator

To calculate the MACD only two lines are used, the MACD line and the signal line.

The MACD is then shown graphically as a histogram, which is the distance between the two lines.

Bollinger Bands are used to determine whether stock prices are high or low on a relative basis. As an indicator, it gives a range within which a stock typically trades.

Any recent volatility is captured in the increasing and decreasing width of the band.

If the bands are closer to each other or they are narrower the volatility is expected to be on the lower side. On the other hand, the wider the bands the perceived volatility is higher.

When a price continuously moves outside the upper range of the band, it is said to be overbought, and when it moves below the lower band, it could be oversold.

However, a trend continuation can be expected if the price constantly moves outside the band. If not, the movement is negated.

These indicators measure the direction and strength of a trend by comparing prices to a measured average. MACD is used as a trend indicator.

These indicators measure the degree of volatility in share prices regardless of direction. Bollinger bands fall in this category.

Volume indicators measure the strength of a trend based on the volume of shares traded.

What are technical indicators?

Technical indicators are used along with price chart to help a trader make informed decisions using them. These are mathematical calculations that are applied to past patterns like volume, price, and other indicators of a stock.

They solely rely on past data mentioned above and do not factor in any fundamental indicators like revenue, profits, and earnings.

They are mostly used for short-term trading and investment decisions.

What are the broad categories of technical indicators?

There are two broad categories of technical indicators. These are categorised based on their predictive power.

The lagging indicators follow the price action and give a signal after the trend or reversal has started.

What are the other types of indicators?

Besides the two classifications, indicators are also classified based on their utility.

Get a deeper understanding of some advanced indicators.