Can You Trade Bitcoin from India? the Legalities so Far 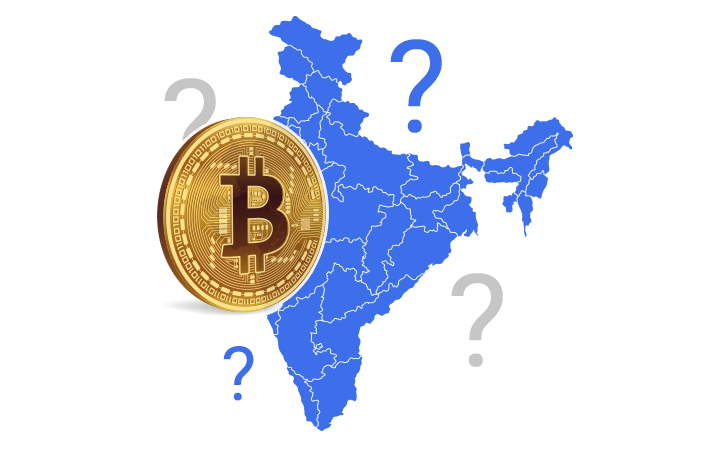 What is Bitcoin trading?

Bitcoins, like any asset, can be bought and sold by traders. The changes in the price of Bitcoin can be leveraged to make a profit, if you time the trades right. However, before you go ahead and trade in Bitcoins, you need to first understand the legalities involved in trading Bitcoins in India.

Are such trades legal? Are there any restrictions you need to be aware of? Or is it still a gray area? These are some key questions you need to know the answers to before you get involved in Bitcoins trading in India. So, let’s take a look at the common questions regarding the legalities of trading Bitcoins in India.

Are Bitcoins banned in India?

The short answer? No, they’re not – at least as of December 2021. Bitcoins and other cryptocurrencies have never officially been banned in India. However, the reason for this confusion among many crypto enthusiasts can be traced back to 2018, when the Reserve Bank of India stepped into the unregulated crypto market and issued an official directive to banks and financial institutions in India.

As per this directive, financial institutions were advised to stop engaging in business transactions with crypto exchanges. This caused quite a bit of confusion among interested crypto investors, because although the directive disallowed banks and financial institutions from dealing with crypto exchanges, it did not expressly ban Bitcoins or any other cryptocurrencies.

Are banks still not allowed to do business with crypto exchanges?

Is Bitcoin legal tender in India?

While you can undoubtedly trade in Bitcoins so far, without any legal issues, Bitcoin is still not a legal tender in the country. This means you cannot substitute it for the Indian Rupee. Like the governments of most other countries in the world, the Indian government also does not recognize Bitcoin as legal tender. The Finance Minister also clarified that there is no plan to do so any time soon.

Is Bitcoin trading legal in India?

Can you trade Bitcoins? Yes, currently, you can. As of December 2021, it is not illegal to trade Bitcoins from India. However, the bill to regulate cryptocurrency has been in the works for some time now, and it is expected to regulate the way exchanges operate, how the income for these exchanges and the income from trading Bitcoins and other cryptos will be taxed, and about the legality of this new asset in general.

In December 2021, the government clarified that it has no plans to boost the crypto sector in India any time soon. Instead, the central bank is working towards introducing a Central Bank Digital Currency (CBDC). If this does come to pass, the legality of other private cryptocurrencies, including Bitcoins, will then need to be clarified.

The proposed bill is expected to introduce a general prohibition on all activities related to private cryptos, like mining, holding, generating and selling or dealing with these currencies in any manner.

How can you get started with trading Bitcoins in India?

Bitcoin trading may still continue till a formal legal directive is issued by the government. Until then, if you wish to trade Bitcoins from India, here are the steps you need to follow.

Understand how the price of Bitcoin changes. Track the prices and keep an eye on the events and forces that drive the prices of Bitcoins.

There are many ways to trade Bitcoins. You can choose from options like trend trading, day trading, hedging and other strategies.

You can trade Bitcoins in India through their derivatives, or you can choose to get exposure to Bitcoins via an exchange or via the indices.

This depends on the market trend – whether bullish or bearish. A long position works in a bull market, while a short position is ideal in a bear market.

Before you enter into the trade, set the appropriate stop losses and limits. This ensures that your loss is not more than what you can tolerate.

Place your buy or sell order to enter the trade. This is easily done via an exchange or a trading app.

Once you enter the trade, you need to keep an eye on the price movements of Bitcoins, so you can exit before you make a loss.

Once you decide on the ideal exit strategy, close your position and take home your profit or loss.