5 Things to Keep in Mind When Dealing with Bitcoin 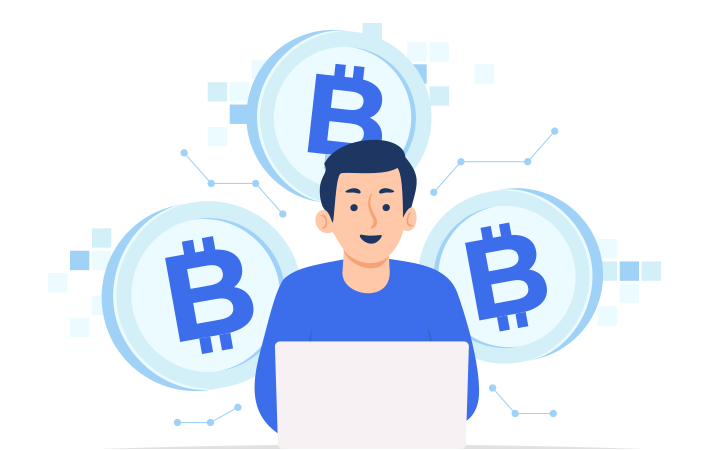 Let’s say that after much deliberation, you’ve finally decided to invest in Bitcoin. You’ve worked out all the different possible ways to buy and sell them and you feel that you’re ready to take the plunge. But before you actually go ahead and start investing your hard earned money, should you not know about Bitcoins?

Yes, you might know its history and a few statistics associated with it, but there are a few important things that you’re still not aware of. And that’s exactly what this chapter is looking to address. Here are 5 things that you need to always keep in mind when dealing with Bitcoins.

One of the most important things to know about Bitcoins is that it is highly volatile in nature. The price of Bitcoins are very unpredictable and can change wildly within a very short span of time.

As you’ve already seen, the laws surrounding Bitcoins and other cryptocurrencies are quite vague in India. Although Bitcoins have not been banned outright as of December, 2021, they’ve still not been legalized officially by the government or the Reserve Bank of India. That’s not all. Bitcoins are not legal tender, which means that you cannot use it to pay for any goods or services within the country.

If reports are to be believed, the government of India is planning on introducing a bill to regulate cryptocurrencies, crypto exchanges, and taxes on profits earned via Bitcoins dealing. That’s not all. The Indian government has also outrightly said that it currently has no plans to boost the cryptocurrency sector in the country.

The Indian Rupee and other fiat currencies are centralized forms of currency. This means that they’re issued and regulated by a central entity such as the Reserve Bank of India. However, unlike the Indian Rupee and other fiat currencies, Bitcoins are decentralized. This is another thing to know about Bitcoins. What this effectively means is that there’s no central entity or entities that issue or regulate Bitcoin.

The lack of an authoritative figure like the central bank of a country to monitor Bitcoins dealing and offer assistance increases the risk involved when dealing with Bitcoins. In the case of scams or any other discrepancy, there’s little to no legal recourse for Bitcoin investors and traders.

Although Bitcoin has been in existence for quite a few years now; since 2009, to be exact, it still continues to be in the nascent stage. There’s still so much we don’t know not just about Bitcoins, but also about the technology powering them – blockchain.

The blockchain technology and cryptocurrencies are constantly being explored for a wider range of possibilities and use cases. Bitcoin and other cryptocurrencies may stabilize and take footing only when we find out everything there is to know about them and the technology powering it. Therefore, make sure to keep this in mind when dealing with Bitcoins.

Bitcoin was the first-ever cryptocurrency to have hit the shores. But that doesn’t mean that it’s the only one. There are several other cryptocurrencies, also known as altcoins, in circulation as well. Some of them are Ethereum, Litecoin, Cardano, and Bitcoin Cash, among others.

Although they’re not as popular as Bitcoin, they usually trade for far less, making it more affordable for the average investor or trader. For instance, the price of 1 ETH (Ethereum) is around $3,770, whereas the price of 1 LTC (Litecoin) is just around $145.

If you ever feel that Bitcoin is out of your reach or if you’re simply looking for alternatives to Bitcoin, investing in these altcoins may just be the way to go. On the other hand, in addition to your Bitcoin investment, you can also simultaneously invest in these altcoins to diversify your risk further.

Now that you’re aware of the key things to know about Bitcoins, go ahead and get yourself involved in Bitcoins dealing. However, always remember that cryptocurrencies as an investment option are highly risky and volatile. Therefore, make sure you know the risks you’re undertaking before actually taking the plunge.