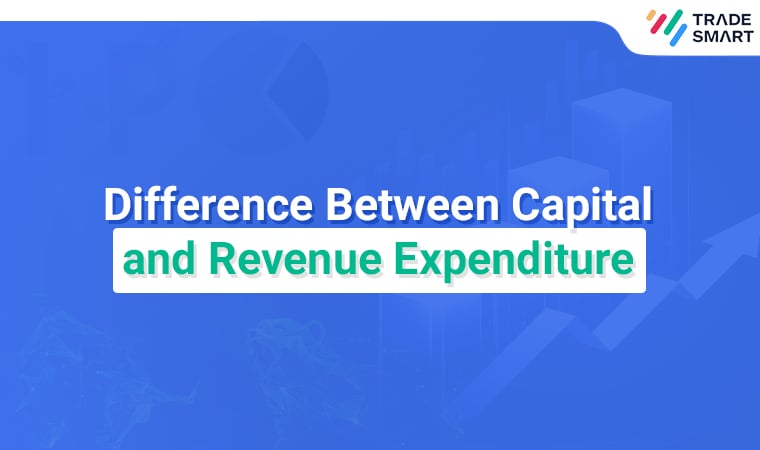 What Is Capital Expenditure?

CapEx refers to the amount of money a company spends on existing and new fixed assets to maintain or expand its operations. Any expenditure that a corporation capitalises or recognises as an investment on its balance sheet rather than an expense on its income statement is referred to as CapEx.

The method of capitalising on an asset is to spread the expense of investment across the item’s useful life. The quantity of capital that a company is required to spend is determined by the industry in which it operates. The most capital-intensive businesses with the biggest capital expenditures include exploration and gas, telecommunications, manufacturing, and utilities.

CapEx may be reported as cash flow from investment activities in a company’s cash flow statement. Different organisations define CapEx differently, and an analyst or investor may see it represented as capital investment, property purchases, plant and equipment (PP&E), or acquisition expenditure. Capital expenditures can also be calculated using a corporation’s income statement and balance-sheet information. Determine the current period’s depreciation expenditure as reflected on the income statement. Find the current period’s property, plant, and equipment (PP&E) line-item balance on the balance sheet.

Operating expenses, unlike capital expenditures, can be deducted from a company’s taxes in the year they occur. A cost is considered CapEx if it is a freshly bought capital asset or an investment with a life of more than one year or if it extends the usable life of an existing capital asset.

On the other hand, if the expense keeps the asset in its present condition, such as a repair, the cost is usually deducted in full in the year the item is acquired.

Capital expenditures may include purchasing the following items:

Businesses commonly use capital expenditures to support new initiatives or investments. CapEx is frequently used to boost a company’s revenue and profit.

On the other hand, revenue expenditures comprise operational costs for running the day-to-day business and maintenance fees to keep the asset in good working order.

Businesses frequently utilise debt or equity financing to meet the significant expenditures associated with acquiring critical assets for their growth. Borrowing money from a bank or issuing corporate bonds, IOUs issued to investors in return for periodic interest payments, are examples of debt financing. The practice of issuing shares of stock or equity to investors to acquire funding for expansion and capital investments is known as equity financing.

What Is Revenue Expenditure?

Revenue expenditure, often known as OPEX, accounts for expenses incurred throughout its operations. It is defined as the entire amount of money enterprises spend on manufacturing processes. Usually, such expenses do not result in asset development, and the advantages of OPEX are confined to a single fiscal year. They are generally not in charge of developing or expanding their earning potential. Regardless, they are crucial in optimising the management of operational activities and assets and generating revenue within a specific accounting period.

Rent, salary, wages, commission, freight fees, and other revenue expenses are only a few examples. Notably, factors such as the type of commercial enterprise, the purpose of a venture, the frequency of operations may be used to classify expenditures as OPEX.

In accounting, revenue expenditure for an accounting period is reflected in a corporation’s Income Statement. However, the company’s balance sheet does not reflect this.

Furthermore, they may be tax deductible in a particular accounting period because such expenses are recurrent. It is also worth noting that OPEX is not capitalised and that no depreciation is applied to such expenditures.

Revenue expenditures or operating expenses are reported on the income statement. These expenses are subtracted from the revenue earned by a company’s sales to determine the net income or profit for the period. Revenue costs may be tax-deductible in the year in which they occur. In other words, the expenses reduce the profit from a tax standpoint, decreasing taxable income for the tax period.

Here are a few more instances of revenue expenditures:

Consider the following examples to show how capital and revenue costs are recorded in the books of accounts:

Examples of capital expenditures are as follows:

Otherwise, a cost is reported if any of the following two conditions applies:

A&J invests 100,000 BDT in manufacturing equipment. A monthly cost of 1,000 BDT is charged to maintain the machine’s operation. In this scenario, the revenue expenditure is 1000 BDT, utilised to pay the machine maintenance cost every month. When the revenue statement is created, a line item for the month the maintenance fee will be included in the 1000 BDT. If the machine develops a fault and requires repair, the repair cost will be included in revenue expenditure and reported in the month in which the expense occurred.

1. What is the formula for Capital Expenditure?

2. What is a Balance Sheet?

A balance sheet (also known as a statement of financial position or a statement of financial condition) summarises a person's or organisation's financial balances. It doesn’t matter whether that person or organisation is a sole proprietorship, a business partnership, a corporation, a private limited company, or another entity such as the government or a not-for-profit organisation. The assets, liabilities, and ownership equity of a firm are reported as of a given date, such as the end of the fiscal year. A balance sheet is sometimes referred to as a "snapshot of a company's financial situation." The balance sheet is the only one of the four main financial statements that refer to a specific point in time throughout the fiscal year.

3. What is the value of Revenue Expenditure?

Multiplying the number of sales by the sales price or average service price is a straightforward technique to calculate revenue (Revenue = Sales x Average Price of Service or Sales Price).

4. What are Direct Expenses?

5. What are Indirect Expenses?

Various expenditures are incurred when finished goods and services are sold and dispersed. These costs include taxes, staff pay, depreciation, and interest, to name a few. Repair and maintenance costs are examples of indirect charges. Even though these expenses aren't directly related to the end product, they are necessary to assure the asset's correct operation, supporting the business's proper operation.