What Are Long Wick Candles? All You Need to Know 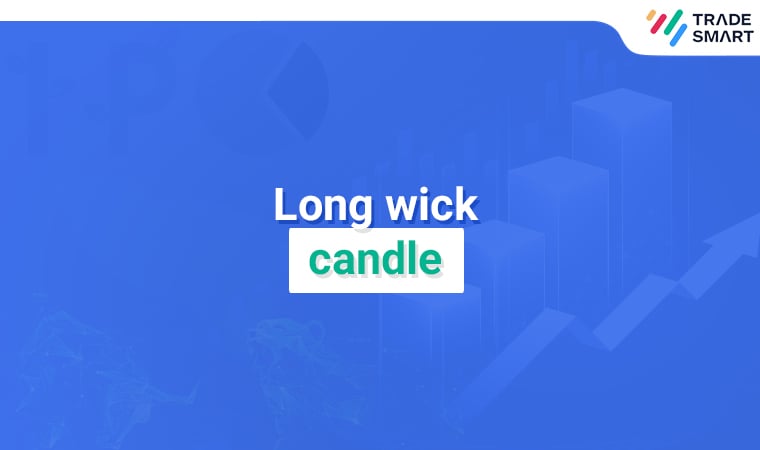 The recent years have seen a huge rise in the number of retail traders. While some of them have used fundamental analysis to study their investment opportunities, a lot of them have turned to technical analysis. Technical Analysis is normally used for trading a security in a shorter time frame.

One of the most prominent techniques under technical analysis is the candlestick pattern or candlestick analysis. Candlestick analysis has always been one of the most vital factors of technical analysis, although such an evaluation specializes in the body of the candle. However, wicks or shadows form a key factor of the candlestick, most commonly due to the fact that they suggest a severe change in price levels, that is, the high and low of that particular trading session. Wick trading consequently looks at the price levels that form outside of the days open and close prices. The length of the wick is extremely essential while considering wick trading strategies.

When the wick is short, it denotes that trading was generally held between open and close prices of that particular period. Conversely, while the wick is long, it denotes that the price movement has crossed or broken the limits of the open and close price limits. However, there’s a distinction between a long upper wick stick and a long lower wick stick. A long higher wick candlestick happens whilst the high of the candle is extremely strong however then the close price is weak. This means that even though buyers attempted to dominate the majority part of the session, the sellers ultimately managed to bring down the price. If the lower wick is longer, it denotes that the trading session ended on a strong note where the sellers dominated but the buyers managed to push prices up.

What are Long Wick Candles and How to Identify them?

Trading in long wick candlestick takes place in situations where prices are undergoing a test after which gets rejected. Wicks are meant to be considered levels of rejection. Even before a long lower wick is seen, there is a long bearish candle wherein the bears are in control, and the bulls begin putting pressure on prices to change the trend to an upward direction.

The prices begin moving upward, and reveal a greater lower shadow, or tail. What was previously a bearish and long candle will now be a long tail. Similarly, a long upper wick candlestick starts with a bullish candle and just as the bears begin displaying control, prices start to fall which reveals a greater upper wick or shadow. 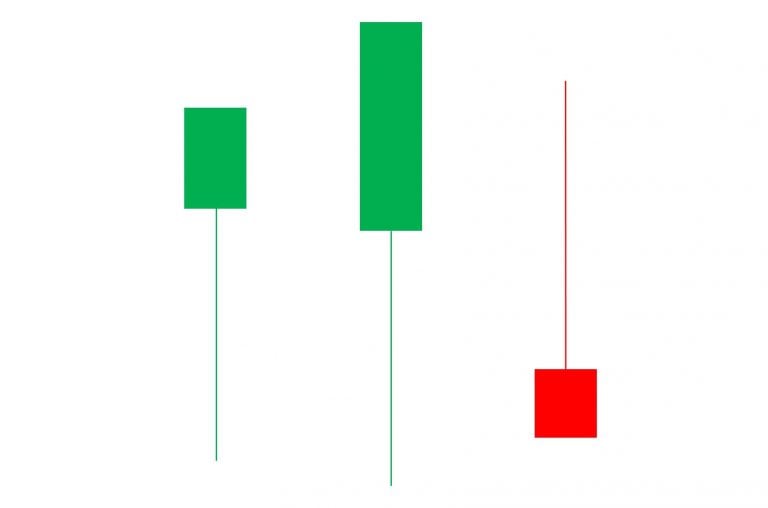 Normally, the upper and lower wicks aren’t equal. But there are instances when neither of the wicks is longer than the other. Such candlesticks have a long upper wick and an extended tail but the body is small. When this type of candlestick is seen, it is known as a spinning top. This shows that there may be a stalemate among bulls and bears, both of which had been trading actively. These are conditions that demonstrate that wick trading not only includes long or short wicks and tails, but sometimes no wicks or equal long wicks and tails. Wick trading is exceptionally important because wicks let us know all about supply-demand changes, sentiment of the market or information that has an effect on price changes.

Long wick candles can be identified by:

There are two types of long wick candlesticks: 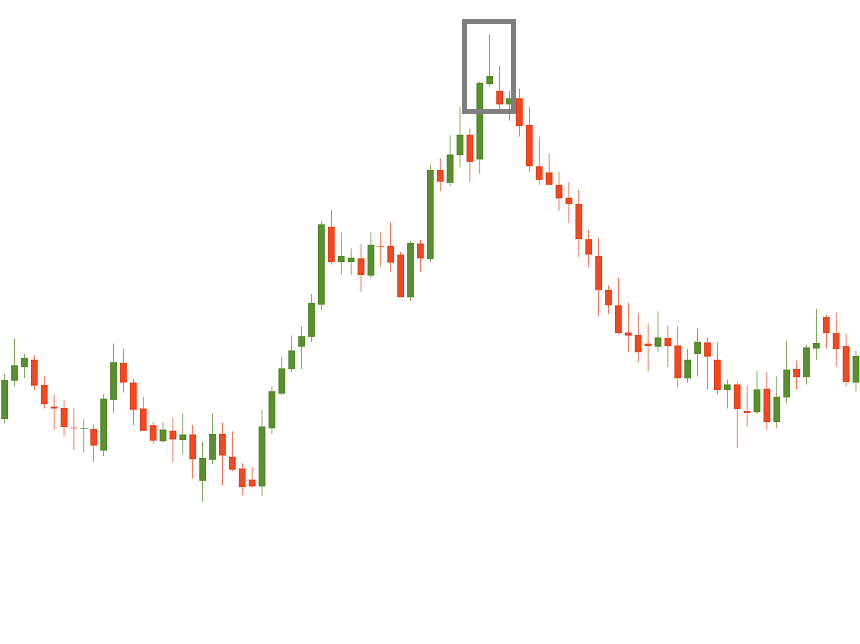 Trading with a Long Wick Candle

Once traders are well versed with reading charts, candlestick patterns, and technical analysis, and they can spot long wick candles with ease, they will have to learn how to take entries and exits from positions in the market, and place stop loss orders, and book profit. Traders need to learn patience and should now immediately enter a trade once they have spotted a long wick candle. They will need to wait for further confirmation, as candlestick patterns cannot be used alone, they will have to be used along with other technical indicators or trading tools so as to confirm the direction and avoid false breakouts.

Once the trend is identified, if it is in a downward direction, seeing a candle, or many candles, with long wicks on top of their bodies, denotes a strong potential for the price to fall further.

A long wick may be traded as a reversal pattern while it is seen at the lowest point or at the top of a trend that is a small one.

It must be confirmed or tested by resistance or support levels. Support is the extent at which there may be a probability of a pause in the downtrend. Resistance is the opposite of support level.

A long wick candle usually takes place while a trend is coming to an end and shortly before there is a possibility of a price action reversal, forming a new opposite trend.

What do long wicks on candles mean?

A long upper wick stick takes place when the high is very strong however the close price is weak. If the tail of the candle is longer, it indicates a trading session that ended on a strong note where there had been dominance by sellers, however the buyers managed to push prices up.

What does a long green wick mean?

The wick, or shadow, that suggests the intra-day high and low. The color, which shows the direction of market movement – a green (or white) body suggests a price increase, while a red (or black) body indicates a price decrease.

What do wicks tell you?

A shadow, or a wick, is a line attached to the body of a candle in a candlestick chart which tells you where the price of a stock has fluctuated in relation to its opening and closing prices. Essentially, these shadows mark out the highest and lowest prices at which a security has traded over a specific time period.

What does a candle with no wick mean?

A shadow, or wick, is a small line at the top or bottom of each candle that shows the day's highs and lows. A candlestick with no shadow, also known as a marubozo candle, means the price at the open and close are equal to the high and low prices during the session. In other words, the price has not broken through its open and close levels.