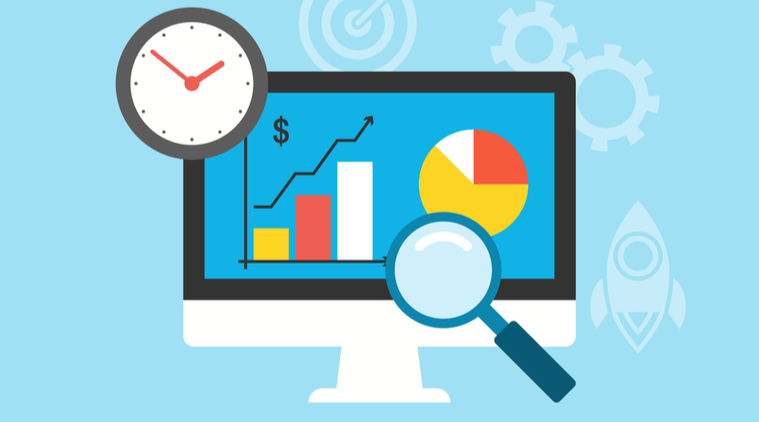 The Indian equity market was marginally positive in July 2014 with Nifty moving up another 1.4%. Pharma and FMCG stocks were winner of the month as they moved higher by 9.5% and 7.7%, respectively. On the other hand, Realty and Energy stocks were worst performer with indices moving down by 8.4% and 4.6%, respectively.Small cap stocks also lost ground in July’14 as they moved lower by 6.1% after 5 months of consecutive gain. 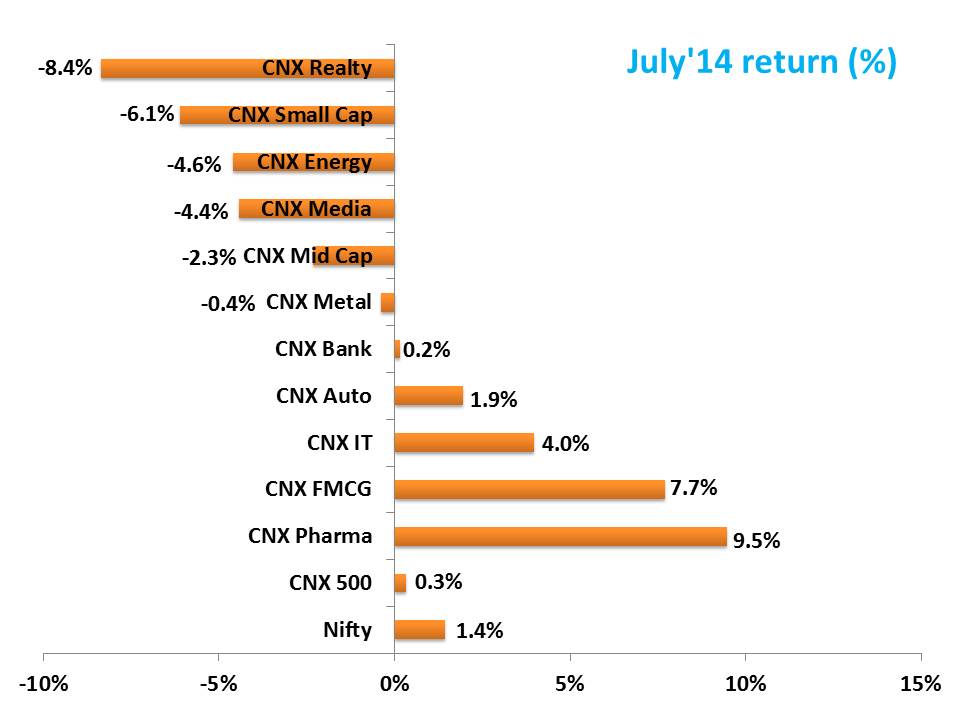 Union Budget was the most important and awaited event in July 14. However, the main Indian stock indices declined during the budget week after Finance Minister Arun Jaitley presented a mixedbag Union Budget. While there were adequate measures to boost economic growth and maintain fiscal discipline, lack of major reforms like GST roadmap and subsidy reduction left investors disappointed.

FIIs inflows continued to be robust in July 14 driven by an investment friendly government at the centre; overseas investors have pumped in a staggering $6 bln into the Indian securities market in July ­ taking their overall net inflows since beginning of 2014 to more than $26 bln. 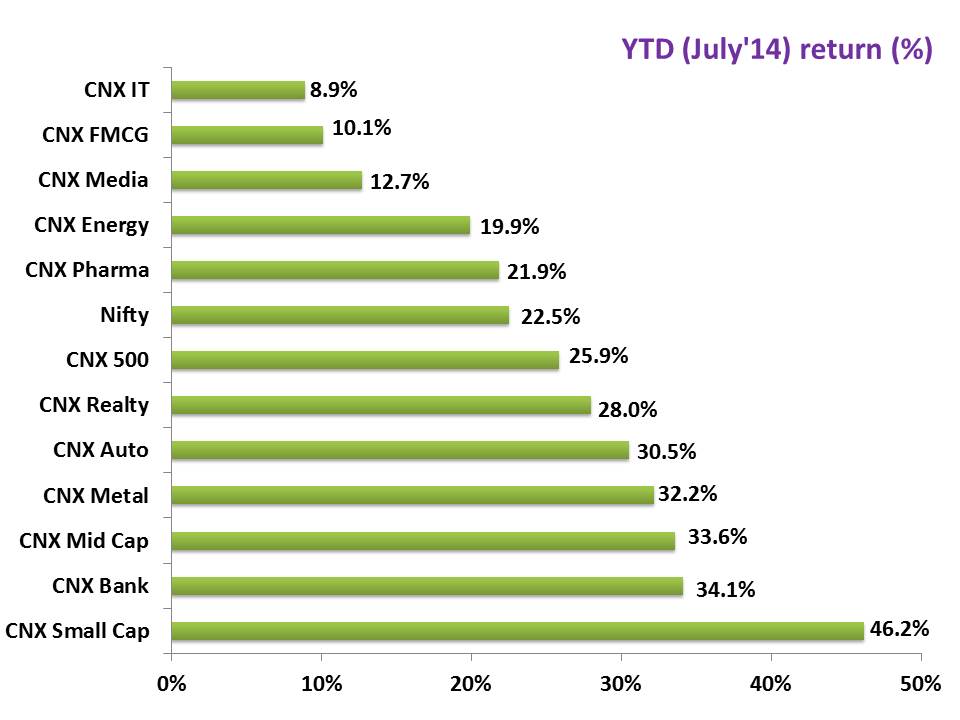 Some important domestic headlines that impacted Indian equity market include:

On the international front, following headlines turned out to be market mover:

Indian stocks appears stable to positive over the medium-term to long-term, as the new Government is expected to start addressing the imbalances in the economy. Foreign investors have been betting big on the Indian market mainly on account of a stable and reforms-oriented government at the centre.Globally, investors will continue to track the ongoing economic recovery in the US, rebalancing in China and impact of latest ECB easing on the Eurozone economy.