Buy the Strengths and Sell the Weaknesses…The concept of Relative Strength!! 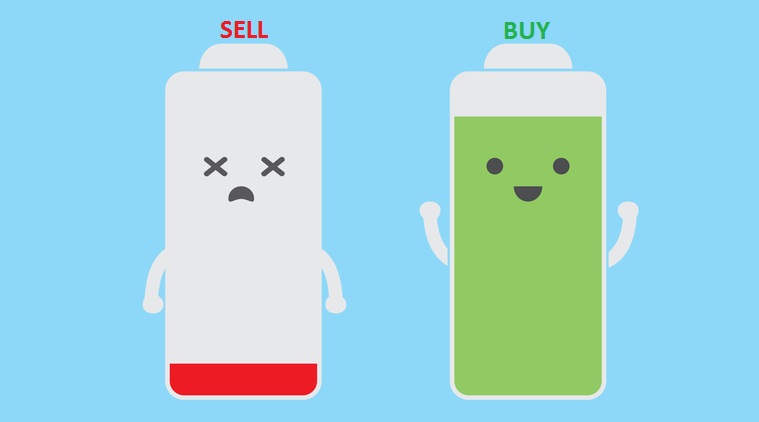 Have you ever thought why few stocks tend to do well every time there is some trending move in the share markets, while the majority simply lags behind or continue to trade within a range? Why the stock that you missed, believing it to be expensive, thinking that it has already ahead of markets, continues to move higher and outperform the markets?

There is a concept of “Relative Strength” that comes in to play while the decision regarding the selection of stock or sector has to be done. There are stocks and sectors which performed better as compared to the rest of the market or sector and continue to do for an extended period of time (atleast till the moves become over extended or the long term set up starts to change for a particular stock). Relative Strength is a term used to evaluate how a stock or a group of stocks are performing in comparison to either another group of stocks or the broad market as a whole like an index. In other words, a stock’s Relative Strength measures how it is performing on a relative, as opposed to on an absolute, basis.

A stock’s price change over a period of time relative to that of a share market index, such as the nifty or sensex or bank nifty for instance. The relative strength of a stock is calculated by taking the percentage price change of a stock over a set period of time and ranking it on a scale of 1 to 100 against all other stocks on the share market, with 1 being worst and 100 being best. Let us say for example, a stock with a relative strength of 70 has experienced a greater increase in its price over the last year than the price increases experienced by 70% of other stocks on the share market.

An interesting thing to note here is that the relative strength can be used in both for buying selling.

Also Read : To buy or to write an option 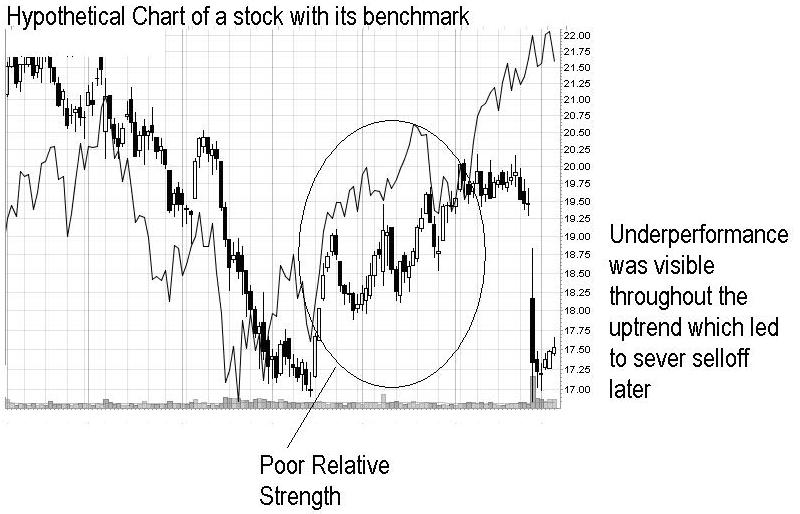 Interpreting Relative Strength during down trends :-

On the other hand in bearish environment one should look to short the counters those show more relative weakness. While a corollary to this rule remains to invest in the securities or sectors which show poor relative strength to the markets or indices during selloffs. The idea remains that in the absence of selling pressure such counters are likely to perform better as soon the environment turns favorable. Investing / trading based on Relative Strength looks simple but this strategy is really effective and time tested. The method not only helps the traders and investors to park their funds in the right area but also saves them from picking the laggards. 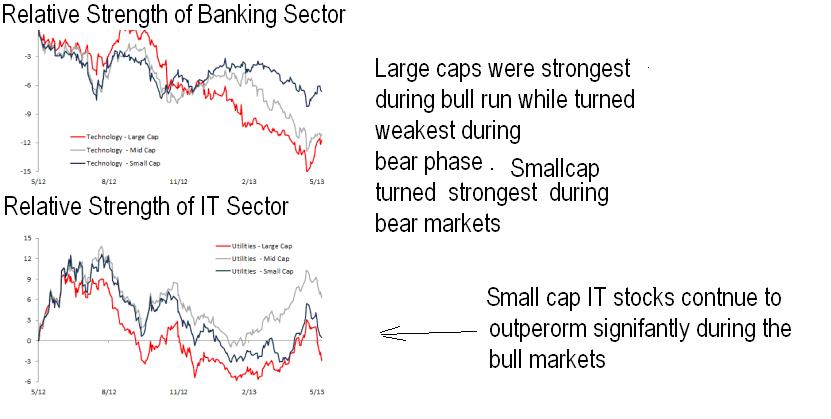 Relative Strength is an invaluable indicator if used in conjunction with other parameters and can be a great asset in picking up the stocks/ sectors.

Join Us Today to Increase Your Profit from Share Market