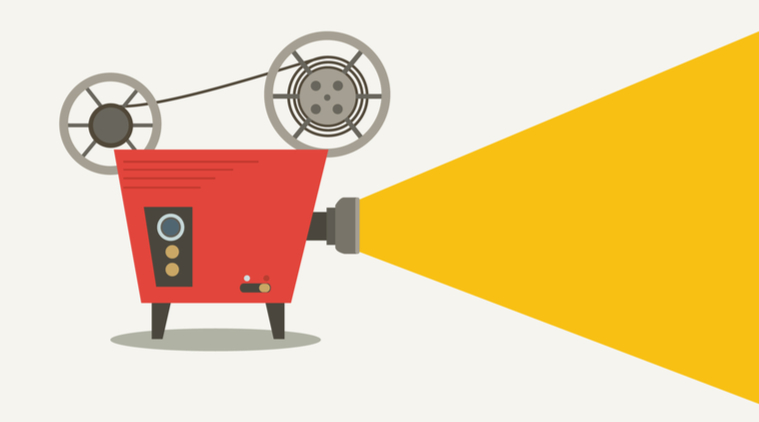 Be it a myth or a reality, but whenever a movie on Wall Street is released markets have reacted in a negative way as if it was a signal for all the investors to book profits and exit before the release. Do they really track markets and release a movie whenever its time up for investors or are these movies being considered as a bad omen for investors?

Let us have a look what the data has to say:

The first two Wall Street movies came out in 1929, the first one in January and second one in December 1929; while the Black Tuesday struck in October of the same year, followed by the Great Depression. The third Wall Street movie came out in 1987, released in December, after the October Black Tuesday crash. The production had however started before the crash. Boiler Room, another movie on the stock markets was released in mid-February 2000, and the Dot-com bubble peaked in mid-March 2000.

Stock trader should blame it on the wall street movies

If history repeats – and history has a funny way of doing that – then the release of Martin Scorsese’s “The Wolf of Wall Street” should warn investors of an impending market crash.

So will Martin Scorsese ruin the recovery?

It has almost been a year since the release of the movie, which depicts the not-so-abstemious life of Stock Exchange operators. However the world markets haven’t corrected ever since and as a matter of fact have raised post the release.

Do the Producers predict Crash?

Film producers around the world are worried about their investments in films, to be more specific they are more concerned about turnover or box office collections rather than the substance or message. At the same time they are very much aware what people want to see and it is this chord which they need to strike, some do it very well and while others fail to do so. It is clear that these producers obviously do not predict crash but it is purely the timing of the release which makes so. The catch here is probably when certain thing is in vogue or is just catching up, the film makers take it up and by the time the film is released the actual event has lost its sheen and it’s probably the beginning of the end. We think, this simply portrays a coincidence and not an image that movie-makers have special instincts to smell irrational exuberance, waste, excess and greed in the stock markets.