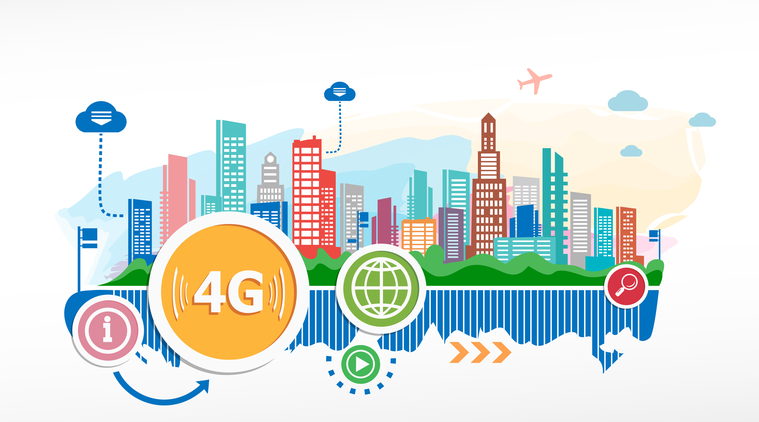 The 4G subscriber base is expected to cross 10-15 million by December 2015 as bigger players in the country are launching the super-fast fourth-generation mobile services next year, according to consultancy firm PwC.

According to a consultancy, the LTE will be mainstream in India, and in 2015 there will be many Indian companies launching 4G on an enhanced 1800 MHz spectrum. Indian subscribers will welcome 4G connection with open arms to fulfill their mobile data needs, according to PwC.

Which networks will benefit?

Many companies will benefit from the increasing use of 4G in the country, making them attractive for retailer investors. Companies such as Bharti Airtel and Aircel have already started delivering 4G services in some selected zones. Other companies such as BSNL, Tikona and Augere are gearing up for launching the service in 2015. Reliance Jio Infocomm, which is the only operator with pan-India 4G spectrum, is set to move ahead with its plans of launching 4G services by mid-2015.

Also Read : How long term Investing has changed in India

Vodafone India and Idea Cellular are still to announce their 4G launch plans. In June, Vodafone did inform of launching the services this year, but it appears that the plans might have been postponed. In October, Idea told that it will roll-out the 4G, when the ecosystem develops

Airtel has entered into a three-year agreement with the Chinese telecom maker Huawei for supplying 4G network to base stations and other equipment in Karnataka and Tamil Nadu telecom circles. At present, Airtel is providing 4G networks in 15 cities on the TDD-LTE technology, which uses the 2300 Mhz band. The company is prepping to launch 4G services using the FDD-LTE technology in four circles. However, Bharti Airtel face threat from Reliance Jio’s telecom 4G rollout.

Reliance a threat or not?

A few months back, shares of Reliance Industries gained following the report from PwC, and the expectations that the company will roll-out 4G soon.Reliance Industries has plans of making available commercial 4G telecom service of RJio in 2015, which will require investment of INR 70,000 crore. Reliance Jio Infocomm has received security clearance from the authorities to start service in six circles. Till now, RJio has got a green signal to start data service in Kolkata, Karnataka, Bihar, Odisha, Andhra Pradesh and Gujarat.

Mukesh Ambani’s Reliance Industries is considered as a major threat to all the players. Apart from holding pan-India spectrum, the company is investing huge sums, and is betting on affordability to make it a success. With deep pocket, Ambani will mainly focus on cut-price handsets and data.

Such strategy has created a sort of panic in the industry as the rivals fear a price war in the crowded telecom sector, which recently started witnessing some stability after years of uncertainty owing to cut-throat competition and changing regulations.

The report from PwC mentioned that new networks launched in 2015, significantly increasing data market, will witness intense price competition and will recreate the memories of 2010 voice led price wars.

After not so impressive show on the Sensex in past few years, experts believe Reliance is poised for a better show next year, and the stock also appears cheap after the recent correction.

However, some investors are cautious that Reliance is taking a risky gamble to diversify away from the oil and gas-related business. Investors are, also, worried over the big investment that the company is making with no near-term return expected.

Also Read : How returns from various asset classes are taxed?

Apart from the service providers, handset makers, also, stand to benefit from the growing usage of 4G. Both national and foreign handset makers are manufacturing low-cost TD-LTE smartphones to tap the potential 4G market India. Companies such as Xiaomi, Lenovo, Microsoft, Xolo and Gionee are all set to launch 4G handsets costing somewhere in between INR 8,000-15,000, according to the Economic Times. Reportedly, Karbonn, Micromax, Motorola and LG are also planning to offer devices in a similar price range.

Get The Benefits Of Lowest
Brokerage Trading Account Now